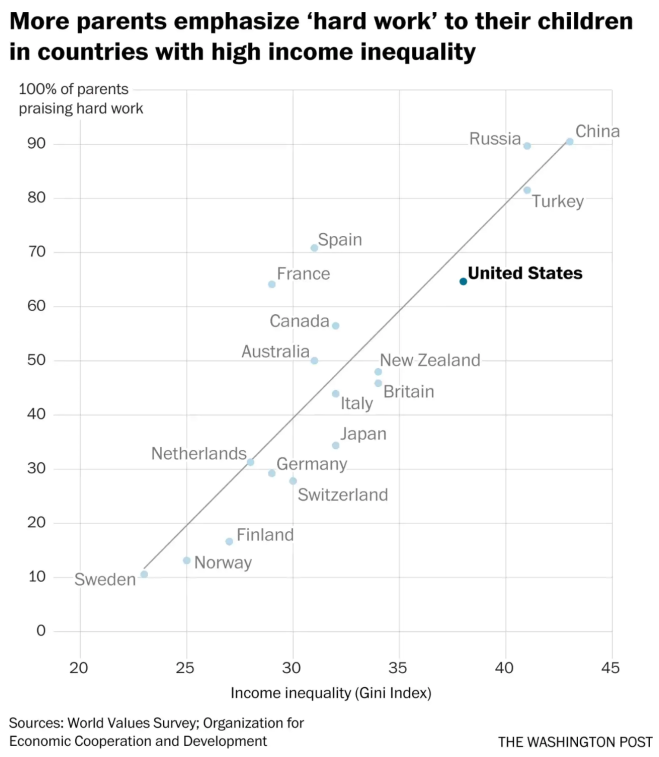 Many people who grew up in America in the 1970s remember a low-pressure childhood with a lot more freedom and independence than today’s kids enjoy. Data backs up those impressions. In 1969, 41 percent of American children biked or walked to school, a figure that had dropped to about 18 percent by 2014. In 2017, according to the American Time Use Survey, a typical American parent spent close to twice as much time each week interacting with their children as parents did in the late 1970s (almost 28 hours for both parents in 2017, up from 14 hours in 1976). And education-oriented activities grew the fastest.

It’s a vicious circle: Inequality leads to the rise of competitive parenting, which further exacerbates inequality for the next generation. We’re seeing that play out in the United States.

The parent trap: The greater a country’s income inequality, the likelier parents are to push their kids to work hard